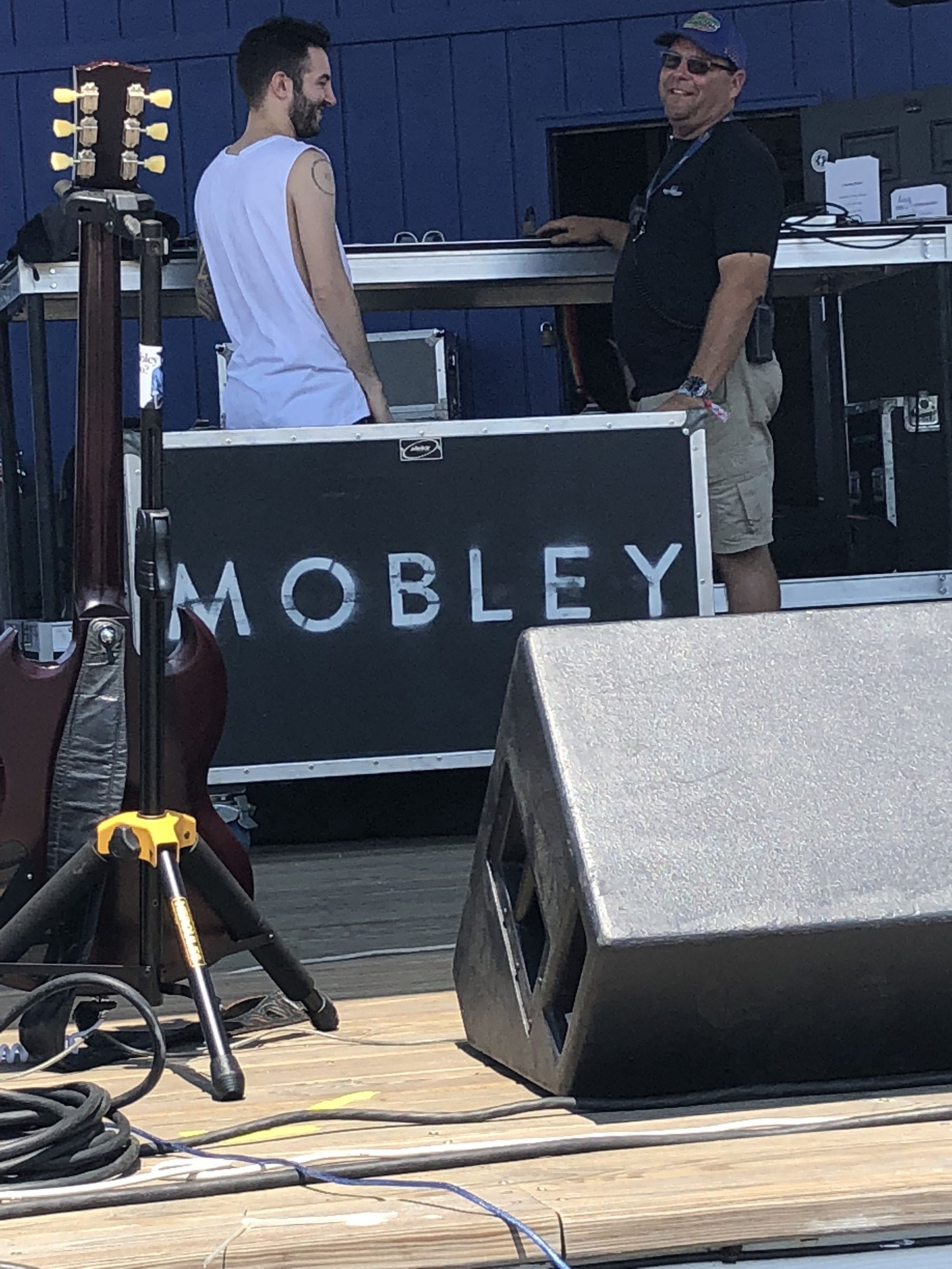 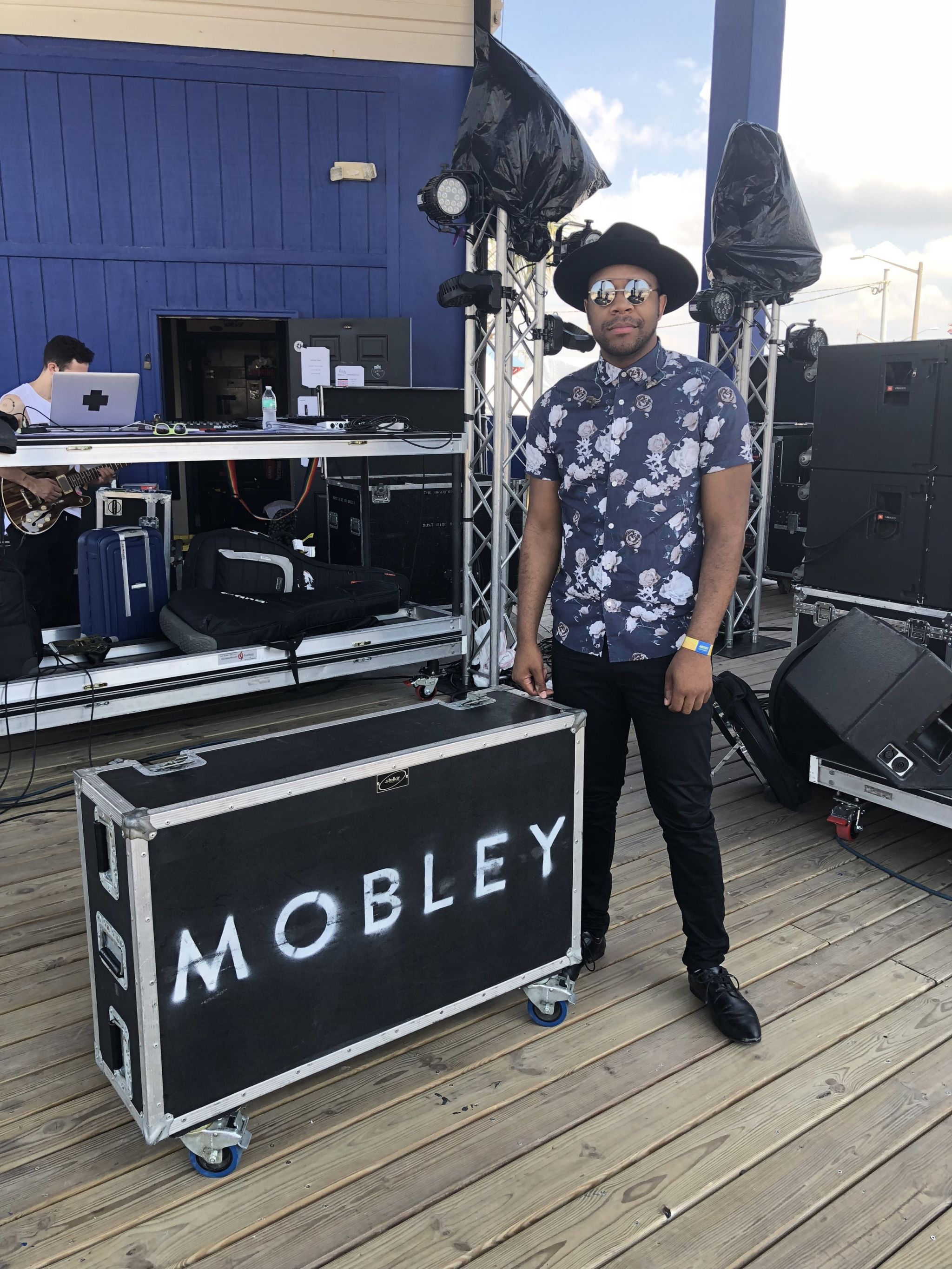 Her Modern Life caught up with Mobley in the middle of sound check. He came off stage to meet us, but I couldn’t resist the urge to see him truly in his element. Graciously, Mobley led us on stage for the interview. I asked where he was most comfortable and he responded “I’m comfortable anywhere”. I could tell that he was really at home on stage. The Austinite and took a seat at the drums- one of three instruments that he played during his set.

His tech people continued to warm up, which gave us background music for the interview.

HML: I have to ask, exactly how many instruments do you play?

M: I’m not entirely sure…I um, I learn what I need to know to produce and write and play the songs so– more than ten, but less than 20

HML: So what’s your favorite instrument?

M: Probably the drums. Just because I’m not incredibly good [at the drums].. But I like that you have to use your entire body with the them. It’s fun.

When asked who were his biggest influences, he took a second to think about it, then said “my parents”. “They brought me here so that’s like step one”. We could all agree on that. I clarified the question to include “musical” influences.

M: Gosh, that’s such a tough question. I really like Bill Withers, I really like Marvin Gaye, Nina Simone–The Beatles, Radiohead… nobody shocking.

HML: If you had the chance, and you could only perform with one of them- living or dead- who’d you choose?

M: I’d probably want to perform with Bill Withers. ‘Cuz the other people .. like, I love them, but their presence is so big. They have such a big gravity. Bill Withers is real unassuming. I feel like he’d make room for me.

HML: But you have a really big stage presence. You’re known for your high energy, so what can we expect from a Mobley performance today?

M: If the heat permits, I’ll be running all around the stage, playing everything. Trying to get [the crowd] warmed up on Sunday morning.

Someone signaled in the distance, it was time for one last run through before his noon performance. As we wrapped up, all I could think about was how vastly talented Mobley is. I was bummed that I wouldn’t be able to catch his set because I had interviews scheduled during that time. But from the reviews of other reporters in the media area- he killed it!

I’m excited to see where Mobley goes from here.

Check out Mobley at mobleywho.com