The Equal Justice Initiative looks to bring history to life. Every February we “celebrate” Black History Month and acknowledge notable African Americans for their inventions and societal contributions. Nationwide there are numerous monuments and streets named after prominent African Americans who have made significant accomplishments. We bask in the resplendent glow of Black Girl Magic and Black Boy Joy as it’s sprinkled across social media platforms like fairy dust. But what about the “bad” parts of Black History? What about the names of those lesser known African Americans who endured significant exploits, yet they do not have streets located on the Southside named after them? What about the darkness in the black experience? What about the stories and unmentionables of being African American in AmeriKKKa? The Equal Justice Initiative (EJI) founded in 1989 by Bryan Stevenson, recently opened the National Memorial for Peace and Justice and Legacy Museum, in Montgomery, which seeks to aid the narrative of answering those questions. HML was in attendance for the grand opening ceremony events and lectures that took place during it’s’ debut Peace and Justice Weekend summit.

Sharing air with the likes of Ava DuVernay, Patti LaBelle, Andra Day, Alfre Woodard, Alvin Ailey Dance Theater Cast Members and US Congressman John Lewis, the opening ceremony featured a line up of community leaders, politicians, actors and musicians who led several moments of reflection along with ushering in periods of celebration for the nation’s first memorial dedicated to victims of lynching. Offering greetings on behalf of he and his wife, former President Barack Obama through a recorded video message remarked “It’s only fitting that these stories be told on the former site of slave warehouse”.  During reflections from Congressman Lewis, he highlighted the murder of his childhood friend and Tuskegee Student, Sammy Younge Jr. and how this event kick-started the civil rights movement. One of the most striking things that John Lewis shared was the story of James Cameron, the only known Black man to have survived an attempted lynching. These somber and weighty instances inadvertently set an appreciative atmosphere amidst the event attendees, creating an aura of thankfulness to Stevenson and EJI for bringing these stories to the forefront.

The Memorial sits on a six-acre site overlooking the Alabama State Capitol, demanding a reckoning with one of the nation’s least recognized atrocities: the lynching of thousands of black people in a decades-long campaign of racist terror. Over 800 steel columns, all hanging from a roof, bare the name of the county and the individuals who were lynched there, most listed by name, many simply as “unknown.” The columns initially are presented at eye level, like headstones that lynching victims were rarely given. But as you progress throughout the space, the floor steadily descends, leaving the columns to hang free dangling above, leaving you in a similar position to that of an unhinged spectator from old photographs of public lynching’s.

A few blocks away from the actual memorial park sits The Legacy Museum: From Enslavement to Mass Incarceration, which explores slavery, lynching, segregation, and mass incarceration in America. The museum is located a few steps away from what was once one of the most prominent slave markets in America, and from a port and rail station that trafficked thousands of enslaved black people in the mid-19th century. Ava DuVernay challenged ceremony attendees and visitors to the memorial and museum to become evangelists; going back to their homes and communities and telling others about their experience and leading them to visit. “Every American that believes in justice and dignity must come here,” she said. “Don’t just leave like feeling ‘That was amazing. I cried …’ Do something.”

The grand opening weekend continued with a summit planned by the EJI featuring keynote lectures from Gloria Steinem, Marian Wright Edelman, Rev. William Barber, and  Vice President Al Gore, to name a few. I was particularly intrigued to see how VP Gore would connect the dichotomy of climate change and environmental justice. Starting his lecture and commenting on the weekends’ summit activities, “it really is one of the most meaningful and dare I say magical events that I’ve ever been involved in,” said Gore. Presenting numerous facts and slides about how as human beings worldwide, our collective consumption is killing the planet and doing damaging work on our ecosystem, I was not so easily convinced of his ability to connect these statistics to the weekends’ theme of bringing peace and justice by uncovering buried hate crimes and racial disparities. And then he shed light on the environmental problems in Alabama’s poor and predominantly minority Black Belt.

Former VP Gore mixed his slides and statistical graphs on worldwide global warming consequences with highlighting offenses that were occurring right in Montgomery’s backyard. “The gravest effects of all attacks on the environment are suffered by the poorest.” This quote from Pope Francis set the tone for what is happening to the disenfranchised constituents of Alabama. There are alarming rates of health issues and diseases present in these African American communities throughout Alabama, all linked to the location of chemical processing plants, and or areas without access to proper resources such as clean water. VP Gore linked these atrocities to the similar carnages of southern lynching’s, inferring that policymakers have instituted other means by which to trap and berate African Americans and these occurrences are equally as significant and need to be brought to the vanguard and addressed.  Summit attendees left challenged to see climate change and its preventative measures as another means of ethical responsibility. Gore related his cause to civil rights and said the same kind of resolve that civil rights leaders had in demanding equality and justice solutions is similarly needed for the climate change cause. 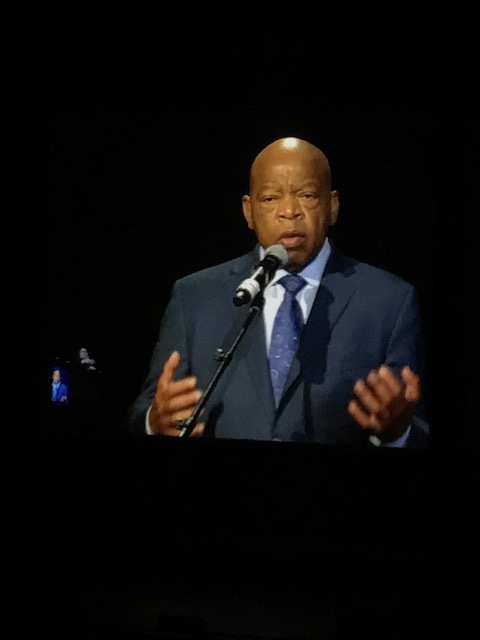 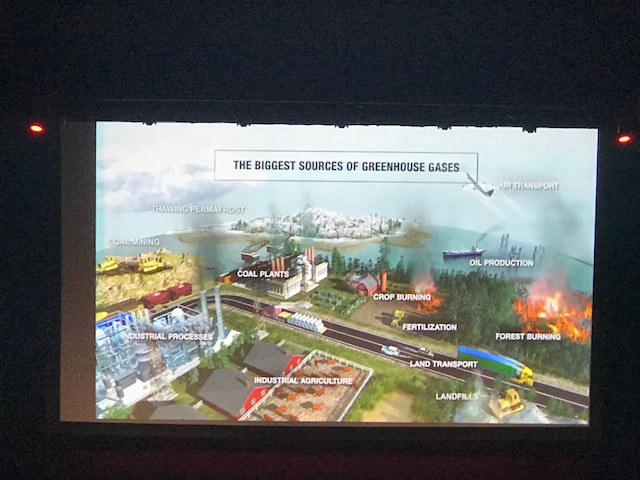 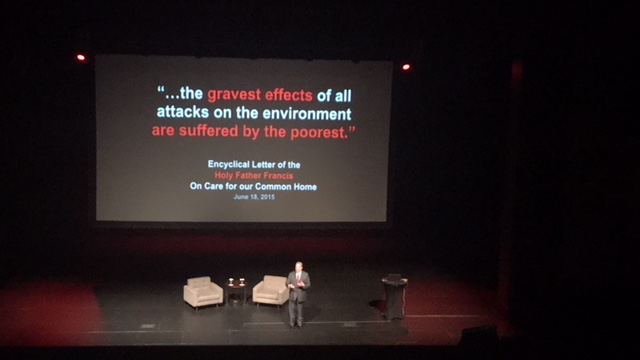 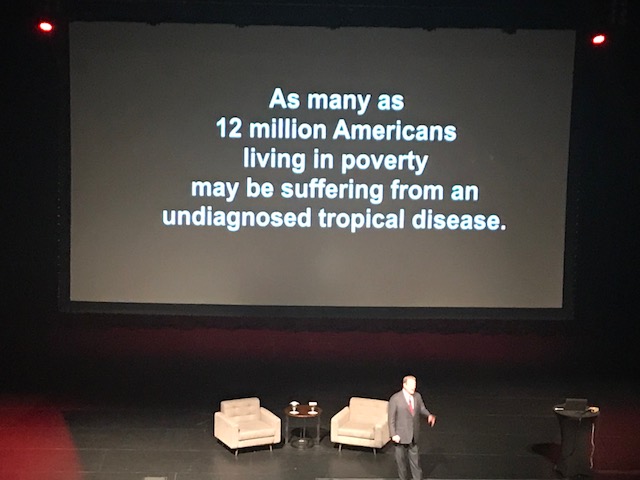 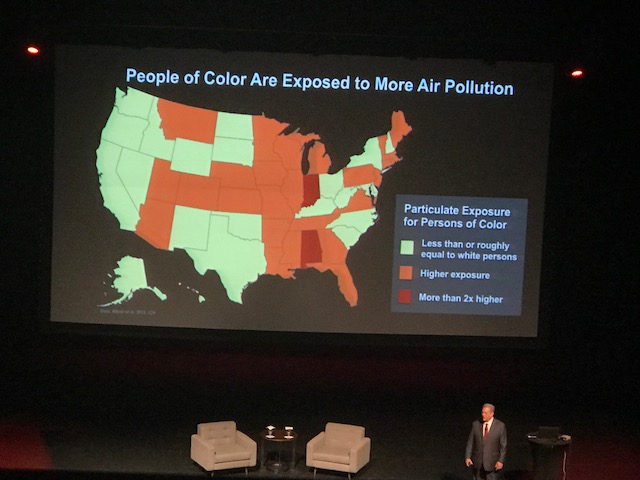 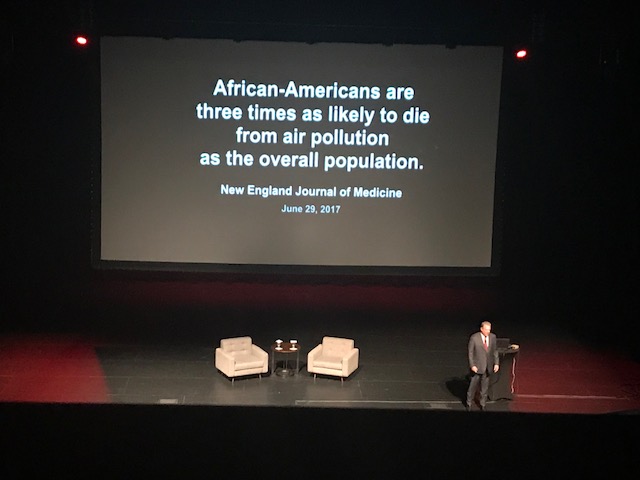 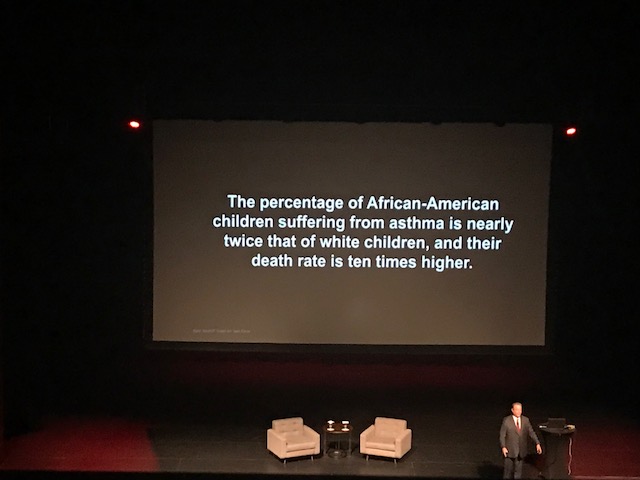