November 6th could bring out the best or the worst in our country. Your Weekend Guide to the Midterm Elections is here to break it down so you can make informed decisions Tuesday.

SO WHAT’S THE BIG DEAL?

All 435 seats in the House of Representatives will be voted on during the midterms, because members run every two years. Thirty-five seats in the 100-member Senate (members serve six-year terms) are on the ballot this year as well. So are the governorships in 36 states. 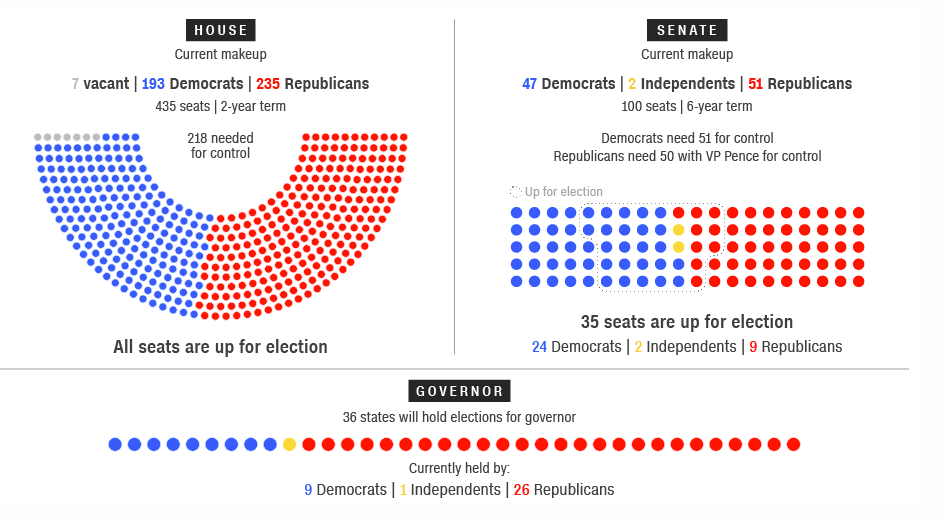 Key governors races: (all would have veto power over their state’s redrawn district lines)

Minnesota (+1 vote) has only one State senate race on the ballot this year. It’s also the only seat Democrats would need to win to gain control of the Senate.